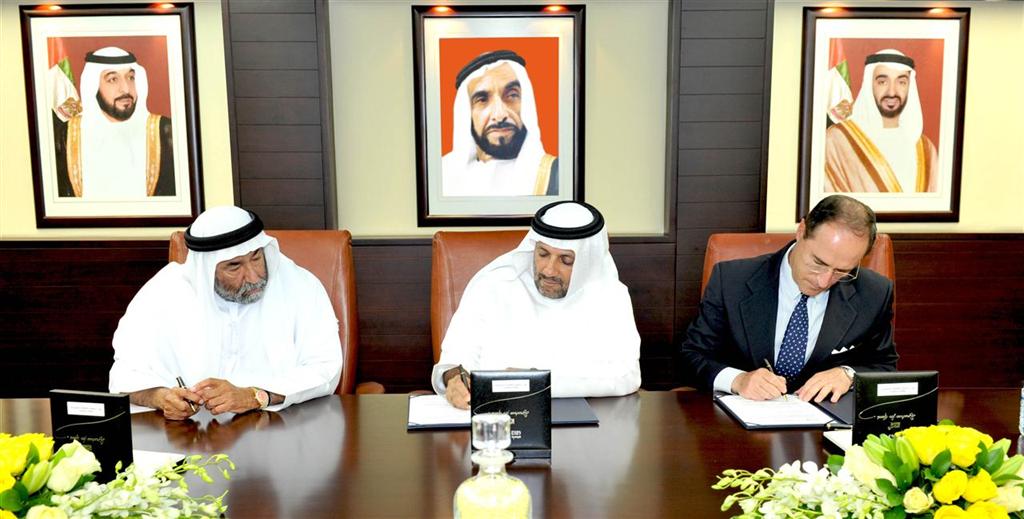 The contract was signed by Gasco CEO Mohammad Sahoo Al Suwaidi and Mr. Obaid Khalifa Al Jaber, Chairman of Al Jaber Group.
A consortium led by Al Jaber Group and Technit has been awarded the Ruwais Sulphur Handling Terminal 2 which will be a new greenfield plant located in the Ruwais industrial area approximately 165 km west southwest of Abu Dhabi City.

Facilities include rail unloading, granulated sulphur storage and ship loading of granulated sulphur from rail cars, supply of utilities from facilities within the Ruwais industrial area. The contract is worth $614 million (Dh2.25 billion) with a completion period of 36 months.
The project is being executed in parallel with the Shah-Habshan Ruwais Etihad Rail which is being implemented by Etihad Rail Company to transport granulated sulphur from the Shah and Habshan stations to the Ruwais sulphur export terminal to replace the current transportation of liquid sulphur via trucks to Ruwais.

The transportation of granulated sulphur from source by Etihad Rail instead of transfer in liquid form by trucks to Ruwais improves on road safety, helps and consequently reduces carbon footprints. 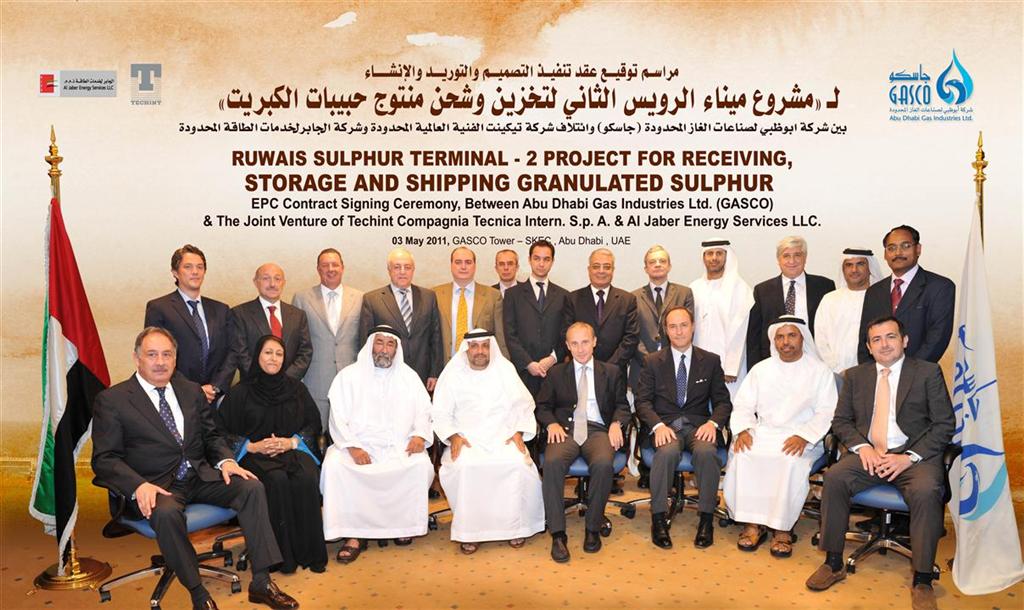