“Al Jaber Lighting is a leader in its sector in the UAE and the region. Al Jaber Group has built more than 5000 kilometers of roads and 7000 villas, hotels and resorts. Our partnership with Easy LED will help us improve our services and offer the best lighting solutions. The Easy LED luminaires are globally top in class and we have very high expectations for a fruitful co-operation”, comments H.E. Obaid Khaleefa Al Jaber.

“This contract is a significant milestone for Easy LED Oy in its global expansion plan with focused efforts in the Middle East region ensuring the growth of the company. For several years now, we have been developing LED lighting solutions with passion and expertise, so our luminaire’s can meet the highest international standards with ongoing technology advances, by maintaining the highest possible energy efficiencies”, explains Ilkka Kartio, Managing Director of Easy LED Oy.

Henrik Christiansen, Executive Director for Al Jaber Industries & Trading explains that this exclusive agreement with Easy LED Oy forms part of the new market strategy of Al Jaber Industries. ‘We are currently entering the Kingdom of Saudi Arabian, Qatar and Oman with new sales offices and setting up a distribution network throughout the remaining GCC countries’ Mr. Henrik explains.

Al Jaber Group was founded in 1970 and it is a privately owned multi-faceted group of more than 50 companies, based in Abu Dhabi. Al Jaber Group provides professional services in the sectors of construction, heavy lifting & logistics, industrial services and trading. Al Jaber Group employs a workforce of over 60,000 people and their total asset base in 2011 exceeded AED.18 billion.

Easy LED Oy was founded in 2006 and is based in Salo in southern Finland. The company develops and manufactures high quality, energy efficient and timeless LED luminaires for street, area, industrial, office and general lighting purposes. Easy LED´s products are developed and manufactured entirely in Finland. 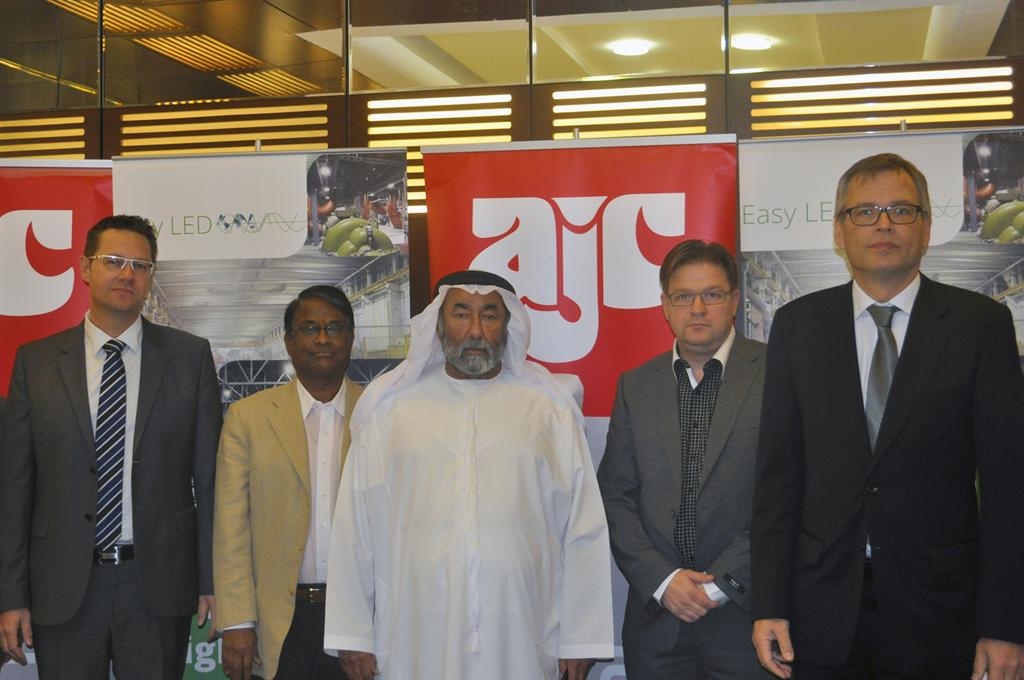 AL Jaber Lighting Offers complete solutions for indoor as well as outdoor luminaires, with an intense impact on some iconic structures and has proudly catered to clients of various background and interest coming from across the globe. The long list of projects includes both the private and government projects.

©2014 Al Jaber Group, Designed by FOHMICSDownloads News Work With Us