Al Jaber Group will be responsible for executing all the infrastructure works of the project including road works, services, electrical network, water network, sewage network, drainage network, landscape, etc. Infrastructure works on Bawabat Al Sharq have already started and will be completed in June 2012. Al Jaber Group assigned more than 450 employees to this prestigious project supported by a fleet of equipment to ensure smooth operations and execution. 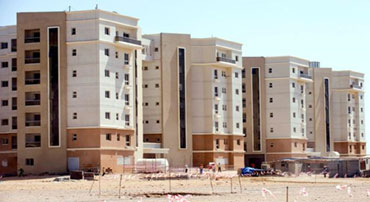 H.E. Obeid Khaleefa Jaber Al Murri, Chairman of Al Jaber Group said, “We are very pleased to be the selected contractor for the infrastructure work of Bawabat Al Sharq project. We have a great relationship with Abu Dhabi Municipality, Baniyas Investment & Development Company and Baniyas Sports Club; this project will cement this relationship further”.

“Al Jaber Group is a leader in the infrastructure and contracting sectors in the UAE and the region, and our selection for the Bawabat Al Sharq project will further enhance our image and reputation to be the contractor of choice for major clients with outstanding projects”. He added.

In his comments, Wael Tawil, Chief Executive Officer of BID, said, “We made sure that Bawabat Al Sharq was developed by the best and most prominent contractors in the region and awarding the project’s infrastructure contract to Al Jaber Group will guarantee a superior quality of execution and timely delivery.. We are extremely happy with our project’s progress and we look forward to handing over the first phase – which includes villas and apartments – to their owners as soon as the infrastructure works of phase I are completed.”

Al Jaber Group (AJC) is a privately owned diversified group of companies whose success is based on sustainable growth and diversification. The strength of the Group’s performance is based on its ability to utilize the synergies between the Group companies to support and complement each other, and to manage risk through diversification and strong management.

AJC was established in 1970 and today is a market leader, the Group is the largest private sector employer in the UAE with 55,000 employees and boasts the largest fleet of vessels, cranes, equipment and machinery in the UAE

The United Arab Emirates (UAE) and Qatar have historically been the principal markets for AJC’s business activities with well-established and long-standing relationships with government, semi-government and private sector clients. However, due to the Group’s diversified nature, it also has exposure to export markets all over the world and particularly in the GCC and the Far East.

About Baniyas Investment and Development

Baniyas Investment & Development Company was established in 2005 as a majority owned subsidiary of Bani Yas Sports Club. It is the investment and development arm of the Bani Yas Club with its main activities focusing on investment, development and management of real estate projects. Aiming to play a pivotal role in contributing to real estate development, Baniyas adheres to the highest standards of integrity in its business dealings. Currently, the company has an impressive pipeline of opportunities and projects including master planned communities, residential and commercial towers in the UAE, with Bawabat Al Sharq representing the first of several pioneering plans to be publicized by Baniyas in due time. Bawabat Al Sharq will elevate the leisure, commercial and tourism appeal of Bani Yas.